Brendan Coffey
Quoted From: Bloomberg.com
Back to News December 16, 2016 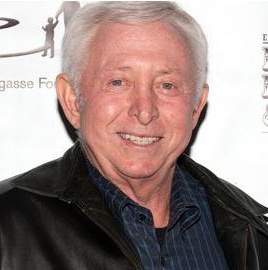 You may not have heard of America’s richest spirits billionaire, but odds are you’ve sipped one of his offerings. Or, more likely, chugged it.

William Goldring, 73, built his empire on a simple model: acquire cheap brands, hype them and then stack them on the bottom shelves of liquor stores across America. His closely held Sazerac Co. has become the country’s second-largest distiller by hawking discount brands like Barton, Mr. Boston and Fleischmann’s. You can buy 1.75 liters of each his seven most popular vodka labels for a total of $80, the same price of one bottle of Absolut’s premier-level Elyx.

Enough frat brothers are grabbing plastic bottles of these and Goldring’s 300 or so other brands to drive his personal fortune to $3.9 billion, placing him among the world’s 500 wealthiest people in the Bloomberg Billionaires Index, the first time he’s landed in an international wealth ranking.

Goldring is little known outside his native New Orleans where he moves among the charity-circuit elites and has helped fund Tulane University buildings and athletic fields. He’s becoming better known now amid a year-long acquisition binge that’s vaulted Sazerac into international competition.

“Bottom-shelf liquors can be tremendously profitable on the bottom line,” says Jordan Simon, a New York wine and spirits writer and consultant. “They’re cheap to make, cheap to sell and you get a lot of turnover.”

Sazerac doesn’t disclose its revenue. The figure probably reached $1 billion this year, according to data compiled by Anderson Economic Group. Both the company and Goldring declined to comment for this story.

Fireball Cinnamon Whisky was just a Canada-only schnapps among a clutch of flavored Dr. Mcgillicuddy-branded drinks that Goldring bought in 2000, according to the company. He dropped the doctor from the name and hired a social media guruin 2010. Now the the candy-sweet liquor has supplanted Jagermeister as the best-selling U.S. liqueur. Sales have ballooned more than 3,600 percent since 2010, according to market researcher Euromonitor International Plc. The brand probably sold at least $150 million in 2015, according to data compiled by Bloomberg.

Now, at least 16 cinnamon whiskeys are on the market, Fireball sales are cooling, and the billionaire is pushing into foreign markets in search of growth.

Southern Comfort forms a key part of that shift. In January he paid Brown-Forman Corp. $544 million for the sweet, peach-flavored whiskey drink that originated in New Orleans in the late 1800s and hit its cultural peak in 1970 as a staple of Janis Joplin’s purse. It’s morphed over the years into a brand almost as popular abroad as at home. Foreign markets account for 37 percent of Southern Comfort sales, said Jeremy Cunnington, a Euromonitor analyst in London.

Then in September, Goldring bought Australian importer and distributor South Trade International, immediately adding Southern Comfort to its antipodal offerings. In May, the billionaire paid Diageo an undisclosed sum for Paddy, an Irish whiskey sold in 26 countries. He took Danish vodka, Fris, off Pernod Ricard’s hands.

“Spirits is a maturing business in the United States, albeit one that still has some surprises. But it’s a junior market in a lot of other countries that has tremendous opportunity to grow,” says Patrick L. Anderson, CEO of Anderson Economic Group, an East Lansing, Michigan, consulting firm.

Goldring grew up in a town awash in cheap drinks and good times. His father, Stephen, and a partner helped fuel the endless party through a beer and liquor distribution business. Even in such a permissive climate, the alcohol game had stigma enough that his father discouraged him from joining the company after graduating from Tulane in 1964 and a stint in the military.

“I told him, ’Well, I’ll take my chances,’” Goldring said, according to an article in New Orleans magazine. Goldring was soon running the business and, a decade later, began buying it, according to a 2009 deposition. In 1984, he bought shares in Sazerac Co., founded in 1850 as a coffee shop. He eventually acquired the whole company.

Goldring keeps a low profile, so low that it’s hard to find his name on the Sazerac website. He has given interviews only to local publications and to a television showabout the Jewish experience. Except for an item noting that he attended a Ted Cruz event this year, Goldring’s press almost always centers on philanthropy.

A rare spate of bad publicity came this year, when a television news program found that the nonprofit Audubon Nature Institute, where his son Jeffrey and a company executive were board members, had a deal since 1992 to buy alcohol from his companies. The two resigned from the organization, according to the organization’s September minutes, which didn’t disclose a reason.

“We are not aware of any deal for Audubon to buy alcohol from Goldring owned companies; do not believe that is accurate,” said Sazerac public relations manager Amy Preske in a Friday e-mail.

Mainly, though, the good times keep rolling. In addition to Sazerac -- which could fetch as much as $4.5 billion if publicly traded, according to Anderson -- Goldring owns half of Goldring/Moffett Distributing and a quarter of Gulf Distributing Holdings, which sell 47 million cases of beer along the Gulf Coast and in Arizona annually.

For a slate of businesses like those that are steadily growing, it may seem strange to add slumping Southern Comfort, sales of which have fallen 21 percent, by volume, since 2009, according to Euromonitor. But those who have sold businesses to Goldring in the past have learned that he always has a plan and is willing to wait out the bad times.

“He doesn’t step over dollars to get to nickels like some people I sell businesses to,” Thompson said.